Earlier this month, Main Street businesses were one step closer to getting much-needed support.

On March 14, the Senate passed S. 2155, the Economic Growth, Regulatory Reform, and Consumer Protection Act by a vote of 67- 31. This bill contains the first significant revisions to the Dodd-Frank Act of 2010, and is product of years-long negotiations between Republican and Democratic members of the Senate Banking Committee. As a compromise measure it is a fundamentally modest proposal and provides regulatory relief almost exclusively to community and regional banks.

Despite the bipartisan support for this bill, it sparked a spirited debate on the Senate floor. Unfortunately, some opponents of the bill have attempted to muddy the debate by severely mischaracterizing what the bill actually entails. With that mind, and as this bill is further considered in Congress, let’s set the record straight.

Claim: The bill ‘rolls back’ or ’guts’ the Dodd-Frank Act.

The bill revises several sections of the Dodd-Frank Act, while leaving the overwhelming majority of its provisions—and its fundamental architecture—untouched.  The Brookings Institutions’ Aaron Klein, who as chief economist of the Senate Banking Committee in 2010 played a lead role in drafting the Dodd-Frank Act, explicitly rejected the outlandish claim that the bill guts Dodd-Frank.

Claim: The bill is a giveaway to Wall Street and ‘the big banks.’

The bill’s regulatory relief is overwhelmingly directed toward community and regional banks. Many provisions, including mortgage relief and the exemption from the Volcker Rule, apply only to banks with less than $10 billion in assets. Some regional banks, which do not generate systemic risk, will receive some relief from systemic risk regulations.

Only two provisions—one designed to make it easier to buy state and municipal bonds, and one intended to recognize the unique business model of “custody banks”—will affect the biggest banks in any way. The Wall Street Journal has a summary of which banks will actually get relief under the bill.

Claim: The bill will precipitate another financial crisis.

As noted above, nothing in S. 2155 changes the Dodd-Frank Act’s fundamental architecture, including regulation of the derivatives markets; systemic risk oversight by the Financial Stability Oversight Council, the Office of Financial Research, and the Federal Reserve Board; enhanced prudential standards for the largest banks and nonbank financial companies; and consumer protections enforced by the Consumer Financial Protection Bureau.

Former Congressman Barney Frank, the author of Dodd-Frank and one of its greatest defenders, explicitly rejected this claim, stating that he “greatly disagreed” with criticism that the regulatory relief bill would lead to another financial crisis.

This claim is perhaps the most difficult to understand, as it is so totally divorced from fact.  Nothing in S. 2155 affects the Federal Reserve’s regulation of the foreign banks operating in the United States, and Chairman Powell made this clear in his February testimony before the Senate Banking Committee. Nonetheless, in an abundance of caution, the bill’s lead sponsors introduced explicit clarifying language in the final “manager’s amendment” to the bill.

By properly tailoring regulations, we can fully protect financial stability without unduly burdening access to credit and capital for consumers and Main Street businesses. This principle has broad bipartisan support.

The bill should be welcomed as an extraordinary demonstration that through compromise, hard work, and a willingness to work across the aisle, we can achieve real reforms.

In summary, S. 2155 is a compromise measure that provides modest relief to community and regional banks–institutions that were mistakenly swept up in the Dodd-Frank Act’s “one-size-fits-all” regulatory regime. There’s a reason why it has garnered such strong bipartisan support, including the endorsement of the Bipartisan Policy Committee.

The U.S. Senate—especially those senators on both sides of the aisle who worked so diligently towards this compromise—are to be commended for their efforts.

We are pleased to have @DBTreat and @giancarloMKTS join on Tues, Jan 26th at 2pm for our discussion of how the financial services regulatory regimes significantly impacts digital asset and related blockchain innovation. Register Here: events.uschamber.com/digitalassets?… 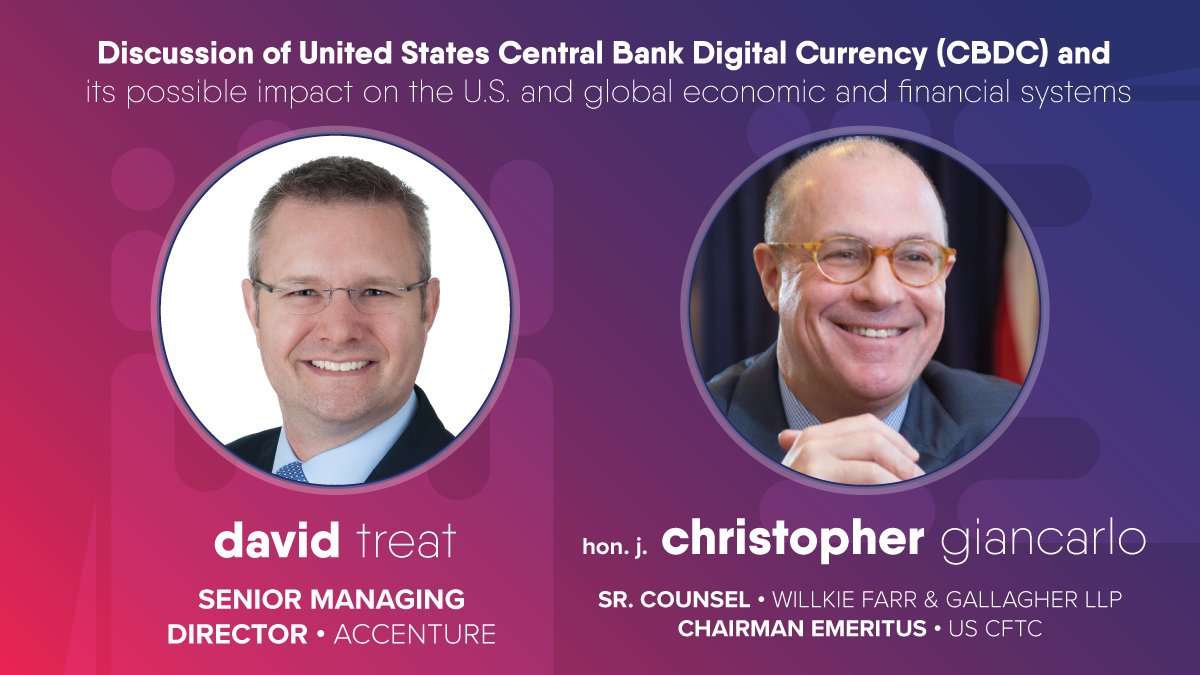